The "Green Revolution" of the 1960s was a watershed moment in Indian agriculture. The adoption of modern technology and methods, such as the use of high-yielding variety (HYV) seeds, sophisticated irrigation methods, pesticides, and fertilizers, transformed the industry into an industrial system.

Let us fast forward six decades: Over 60% of the country's workforce is employed in agriculture, which accounts for 18% of GDP, and the system connects over 150 million farmers, 40 million retailers, and over a billion consumers.

The following are five early movers, founded between 2011 and 2017, who have scaled up to usher in the growth of urban farming in India.

UrbanKissan, founded in 2017 by Sairam Reddy, Srinivas Chaganti, and Vihari Kanukollu, is combating India's water crisis and bringing chemical-free crops to the country via its vertical farming system. This YC-backed company uses hydroponic technology for home growing kits (priced between $150 and $250) and also has a B2B arm that has established a network of urban framings for online delivery via food delivery partners, as well as a subscription-based D2C model.

UrbanKissan can grow over 50 different crops, as well as a 20,000-square-foot research facility and 15 in-house scientists and agronomists. During the 2020 lockdowns, the company saw a 10x increase in fresh produce demand, thanks in part to 'Farm Bowl,' its own online food service platform that delivers fresh warm and cold salad bowls and dips.

UrbanKissan now operates 30 vertical farms in and around Hyderabad, a city of 10 million people, with plans to expand to other major cities in 2021. In 2020, the company received $1.5 million from YCombinator.

Clover is a greenhouse agritech platform that partners with farmers across India to produce premium, high-quality, branded greenhouse-grown produce. It was founded in 2017 by Arvind Murali, Avinash B R, Gururaj Rao, and Santosh Narasipura.

The company currently operates its greenhouses on 70 acres of farmland and has over 90 clients (retail chains and restaurants) spread across 175 locations in South India. Deep Rooted Co, an in-house D2C brand of fresh fruits and vegetables, was also launched in 2021.

The company owns and operates 150,000 square foot vertical farms in Northern India, where it grows over 20 different crops such as strawberries, spinach, micro greens, and bell peppers.

Because it grows within city limits, the company can deliver fresh produce within hours and has a lower carbon footprint than traditional agriculture. Furthermore, because of the highly controlled farming environment, each crop is consistent in size, nutrients, smell, and flavor. ChopChop is a brand that the company currently sells to retailers and food service companies.

Linesh Pillai, a banker-turned-farmer, was introduced to urban farming in Poland. When he returned to India in 2011, he saw a huge opportunity to commercialize the concept and in 2012, he opened India's first vertical farm in Mumbai. UGF Farms began with greens and micro greens to test the market and quickly expanded to sell to leading restaurants, hotels, and retailers throughout cities.

Homecrop, which was founded by four Vellore Institute of Technology graduates, aims to bring urban farming to your terraces, backyards, and even balconies. Finally, you can have a kitchen garden and grow your vegetables. Aside from creating delicious farms, the company also provides setup and ideal maintenance services, which you can later decline. Do you wish to construct it from the ground up? No problem; the company even provides DIY farming kits that are simple to use and integrate across India. 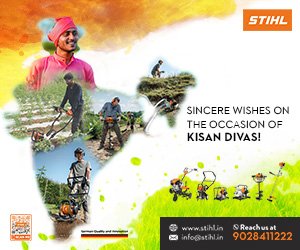